Beware the COVID-19 Transition to Masquerade-20 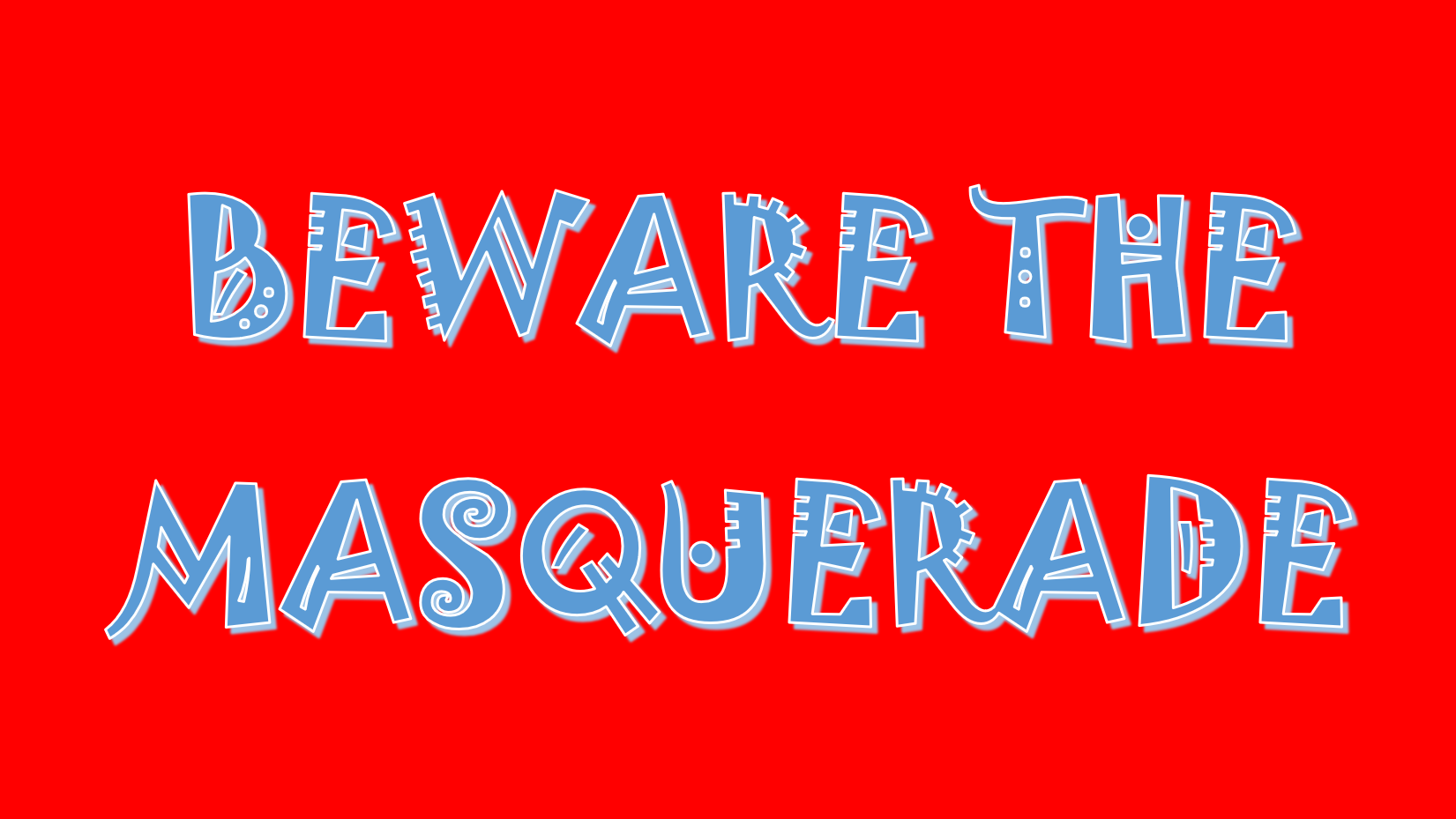 Wake up! Are you paying attention?

COVID-19 kills! There is no doubt. Worldwide, the novel coronavirus continues to spread its work of death with no regard to race, religion, nationality, socioeconomic status or gender. We as individuals, families, communities and nations must take the steps necessary to control and stop its wave of destruction.

While scientists, doctors and even some government officials work tirelessly to find a solution to the pandemic, we should daily ask God bless them for their efforts!

Most of us can only trust in God and pray a quick and successful resolution will follow.

But today we are not talking about waking up from the nightmare of COVID-19.

Another killer, Masquerade-20, a liberty killer, lurks in the shadows, masquerading as the charitable kindness of government chambers, corporate boardrooms, and large media conglomerates. Even from the isolation of our homes, we must wake to the reality that there exists a not-so-secret conspiracy seeking to take more of our money, destroy protections of our freedoms and enslave future generations to dependence on government debt, control and welfare.

An underworld of liberty killers has emerged from the shadows to overthrow the United States of America as we know it, the constitution as we understand it and our lives as know them.

Our federal, state and local governments are taking advantage of our isolated states and working to change everything about the United States of America, and likely other countries as well.

Candidates and politicians alike no longer hide their progressive and socialist ideologies, but instead seek to impose their will on the people by fiat and not by the democratic process guaranteed by the constitution.

Bernie Sanders and Elizabeth Warren may have dropped from the presidential race, but many of their beliefs and positions live on, even among Republicans in Congress.

In addition, Republicans and Democrats continue to discuss further stimulus bills that will add, as it stands right, another trillion or two to the debt, just in the coming weeks.

What’s a trillion dollars or two between friends?

To add salt to the wounds of national debt, last week, two House Democrats introduced a bill proposed to give $2,000 a month to millions of Americans, ages 16 and up. That is not a typo – yes, ages 16 and up. The bill, called Emergency Money for the People Act, would provide this money for up to 12 months.

The only thing stimulated will be our national debt. There was a time when no one would have believed it at all possible that such a bill would pass, but really, who knows? Both parties have been and continue to spend money the United States does not have. There is a very distinct possibility that such a “basic income” garner support and become a permanent part of our new economy.

Can you imagine how much higher our national debt will reach after just a year? In terms of altitude, it would be nearly 4,000 miles higher!

There will be no way anyone will be able to eliminate, much less decrease, that massive debt accrued by just a few people in Washington over relatively few years.

If we do not wake up and take control of our representatives, we will exit the COVID-19 pandemic living in a nation never imagined by our founders and deemed impossible by many even a few months ago.

The Financial Times, a historically conservative pro-capitalist international newspaper, called for “radical reforms” in an April 3 editorial, stating, “Reversing the prevailing policy direction of the last 4 decades – will need to be put on the table. Governments will have to accept a more active role in the economy.”

It looks like our representatives in Washington read that editorial and are taking it to heart.

Economic issues are not the only issues to watch out for, although all “remedies” for problems discussed by politicians end up on the country’s economic ledger, as the answer to most progressive problems is additional spending.

“One last thing, look, Anderson, you and I have talked about this,” Biden said. “We have an opportunity now to take in a recovery act, a real recovery, we can fundamentally change the science relating to global warming and we can create, seriously create, 10 million good paying jobs, we can do it, it’s within our power to do it.”

A real recovery? That real recovery provides opportunities to go back to work now, today. An empty promise of 5 million new jobs in the future does nothing for all the unemployed today.

What cannot be accomplished via legitimate, open and public debate and legislation now is okay push into public policy debate as part of a recovery plan, which may not even see the light of day until after it is passed. Remember last month’s $2 trillion stimulus act? No one knew what was in it and the House did not even convene to vote. That 1200 mile high bill passed without even a proper vote. Do you think the coming bills will be any different?

Will you allow your representatives in Washington and in your state capitals to continue to steal your money and your future in the name of stimulus and recovery?

Moving past the global pandemic of COVID-19 will happen in time. Yes, we suffer illness, sorrow, death and financial woes, but if we are not careful, the same will follow when our governments get so in debt, so over their heads, so controlling that the only result will be further illness, sorrow, death and economic problems, but this time from a political virus we could have stopped by opening our mouths and changing direction.

Our most immediate efforts should find ways to curb the spread of the virus and heal the afflicted, while temporarily assisting families adversely and financially disadvantaged by the resulting economic chaos, not putting into place permanent progressive and socialist programs and policies, intended to give governments greater control of your and my life.

Ronald Reagan famously said in his inaugural address, “Government is not the solution to our problem, government is the problem.”

He was not wrong then, and I reiterate the same today.

Government is the problem! Your own representatives are stealing your future, your liberty and nation.

This masquerade of covert government action needs to be stopped before it is too late. The clock continues to tick.

If such change is what you want, then go back to sleep. It’ll all be done when you awake, if you ever do. If not, wake up and take control.

Are you paying attention?