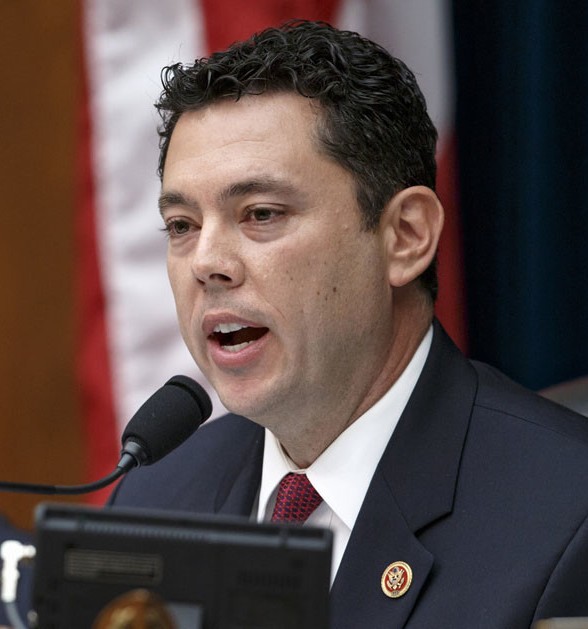 In recent years, the Secret Service hasn’t been so secret, has it?  Problems with alcohol, prostitution, contaminated crime scenes, and White House fence jumpers have overshadowed any good press The Secret Service should receive for the excellent work most agents do.

All government agencies and employees should be held to account for immoral and inappropriate actions taken while on assignment, representing the United States of America.  But, it is arguable that some agencies and individuals should be held to a much higher standard – specifically, the agency charged with protecting the President of the United States.

The Secret Service has not upheld that standard.  As such, the House Oversight and Government Reform Committee and Chairman Rep. Jason Chaffetz, (R-Utah), held hearings last March to determine how to work toward raising the bar for and reforming the agency.

It appears that Secret Service Assistant Director Edward Lowery decided that if Rep. Chaffetz was going to question his leadership, he would seek to embarrass Rep. Chaffetz as retaliation.   Rep. Chaffetz apparently applied for employment with the Secret Service in 2003 and was rejected for some, unknown reason, a reason Mr. Lowery believed would be “unflattering” if made public.

In the days following the contentious hearing, Mr. Lowery suggested in an e-mail to another Secret Service director that the information contained in the Chaffetz application be made public.

The problem is that anything contained in the file is protected by law from disclosure.  All information related to personnel decisions and personal applications is stored in a restricted Secret Service database and by law must be kept private.

The file was indeed accessed and private Chaffetz information viewed by dozens of people, if not more.

Department of Homeland Security’s inspector general, John Roth, conducted an investigation into this matter and released a report very critical of Lowery specifically and other involved parties more generally.  The report listed those who viewed the private personnel file to include headquarters staff, President Obama’s protective detail, the public affairs office, the office of investigations, and field offices in Sacrament, Dallas and Charlotte.

The report also showed that one agent even claimed that the day after the March 24 hearing nearly all of the 70 agents in New York for the president of Afghanistan’s visit were talking about the file.

According to the Washington Post, the Chaffetz file was seen by at least 45 Secret Service agents and was shared by them with countless others throughout every layer of the service in March and April of this year.

The information was also released to members of the press.

All, in violation of federal law.

Said Chaffetz, in response to this latest fiasco, “Certain lines should never be crossed.  The unauthorized access and distribution of my personal information crossed that line.  It was a tactic designed to intimidate and embarrass me and frankly, it is intimidating.  It’s scary to think about all the possible dangers in having your personal information exposed.  The work of the committee, however, will continue.  I remain undeterred in conducting proper and rigorous oversight.”

Assistant Director Clancy responded by stating, “I have reviewed the DHS OIG Report and have provided additional information to the DHS IG.  The Secret Service takes employee misconduct very seriously, and as I have stated before, any employee, regardless of rank or seniority, who has committed misconduct will be held accountable.  This incident will be no different and I will ensure the appropriate disciplinary actions are taken.  On behalf of the men and women of the United States Secret Service, I again apologize to Representative Chaffetz for this wholly avoidable and embarrassing misconduct.  Additionally, I will continue to review policies and practices to address employee misconduct and demand the highest level of integrity of all our employees.”

Department of Homeland Security Secretary Jeh Johnson stated that the personnel responsible for the conduct should be held responsible.

In response to being called to account for inappropriate and embarrassing actions, rather than hold accountable the violators, the Secret Service at the highest levels, sought to embarrass and discredit the Member of Congress overseeing the actions of the agency.

It is illegal to access protected files.  It is illegal to release information contained in those files.  Each and every person involved in this action should not only be fired, but charged criminally if the law requires such.  There should be no allowance for these people to resign, get reassigned, or even be demoted.

They should be terminated forthwith.  If Messrs. Johnson and Clancy are serious about their positions and the credibility and security of this nation, they will immediately terminate all employees involved in the illegal dissemination of this information.  And, they should forward all reports to the Attorney General for further review.

This is just another example of the complete disregard for the rule of law and accountability demonstrated by the federal government.  This is not a partisan matter.  It’s very likely these people are both Democrats and Republicans.  Each and every agent and employee who acted wrongfully should be held accountable to the fullest extent possible.

This is yet another example of the Obama Administration seeking to run roughshod over Congress and hide from embarrassing and illegal behavior.  Congress must not stand for this.  Perhaps once Speaker John Boehner resigns, Congress will actually stand up to Obama and his cronies.