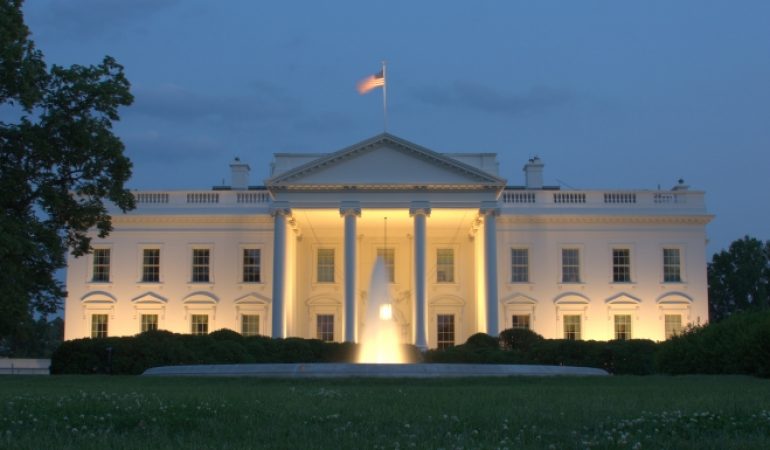 I’ve avoided writing much about Donald Trump because so many of my friends and readers voted for him and believe he is the answer to their prayers.  I cannot hold out any longer.

I finally feel compelled to share a few thoughts about Donald Trump and the state of our nation.

The general “conservative” or Republican response to Trump’s election was one of elation and satisfaction.  Elation that Hillary Clinton would not become the first First Lady to later have a First Gentleman and satisfaction that an individual many considered a godsend, sent by God to save the United States from further descent into socialism and progressivism would take his “rightful” place in the White House.

The general “liberal” or Democrat response to the election was (and remains) one of fear and dismay.  Fear that the progressive agenda championed by Barack Obama for the past eight years would come to a grinding halt and dismay that the new president would set the nation back a century or more in terms of “rights” and “equality” for all.

My reaction to a Trump election does not fall within either of these generalities.  I never supported Donald Trump as a presidential candidate, even when it became apparent he would be the nominee opposing Hillary Clinton.  It was not because I advocated the election of Hillary or Bernie or because I had some other favorite candidate, but rather, because I did not believe anything the man said in support of his candidacy, his political or personal positions or in defense of his past actions.

My beef with Donald Trump is that he is not the person we as a nation should look to as the figurehead or spokesman of our nation, and even lesser that he should lead the Executive Branch of our Constitutional Republic.

Donald Trump, the man, is depraved and foul.  He has no personal scruples or morals, as evidenced most dramatically last year by the release of his 2005 conversation with media personality Billy Bush.  He has not lived a life that exudes the moral or ethical character we should seek in the figurehead of our nation.

Donald Trump, the businessman, used bribes, unethical negotiations, eminent domain against helpless old ladies, multiple bankruptcies, harsh language and questionable tactics to build what he tells us is a net worth in the billions of dollars.  He did not build his empire in the fashion that you and I would consider worthy of praise and as such should not be the person we seek as the figurehead of our nation.

Donald Trump, the candidate, was a lying, dishonest bully, who mocked the looks and appearances of his fellow candidates and their spouses, who taunted reporters with the gall to question his positions or beliefs, who riled up his audiences to anger and discord and who hurtfully mocked anyone he disagreed with, especially women.  This should not be the person we seek as the figurehead of our nation.

Donald Trump, the president, has been a bumbling example of miscalculations, mistakes, and missteps.  With great pomp and circumstance, he signs hollow executive orders, appoints questionable advisors, hires unpaid family members to avoid nepotism laws and regulations, still calls people names, tweets ridiculous and unsubstantiated claims, bullies reporters and threatens legislators with retaliation if he does not get his way.  This is not the attitude we should expect of any person seated as the figurehead of our nation.

Have you ever heard Donald Trump talk about his great negotiation skills?  If not, you’ve had your head buried in the sand for the past few decades.  He never misses an opportunity to boast about his “yuge” successes as a negotiator.  Trump has stated over and over that he will out-negotiate Mexico, China, Japan, NATO, the United Nations, ISIS and every other nation seeking to do business with the United States.  And of course, he has promised to flatter Congressional Democrats and Republicans alike with his unmatched skills.

So far, since his inauguration, he has failed to demonstrate these skills in any meaningful way.

Now, following defeat on the “replacement” for Obamacare, President Trump has suggested he will work with Democrats to “fix” the ill-fated law.

Just this morning, Trump threatened to fight Republican members of the “Freedom Caucus,” together with Democrats, in 2018, because they dared stand up for their beliefs and uphold promises made to those they represent.  (Rather than work with Republicans, he will work to remove them from office.)  These same promises, by the way, Trump made foundational principals of his campaign – the immediate repeal and replacement of the very costly Affordable Care Act, enacted by Democrats during the Obama administration.  I wonder if he failed to understand that Obamacare would not easily be repealed or if he just lied over and over that he would succeed in repealing it?

Either way, he failed to do what he promised, and seeks vengeance rather than acceptance.

Trump’s reaction to defeat is not that of a successful negotiator, but of a playground bully who does not get his way.  He will find some way to hurt those who defeat him, rather than gracefully accept his loss and negotiate for a better outcome.

This is not the person whom we should seat as the figurehead of our nation.

Will Donald Trump be remembered long after he leaves office as the Great Negotiator?  Only time will tell, but thus far, his actions and attitude have not proven the accuracy of his boasts.

Donald Trump was elected the 45th President of the United States because of a strong national desire to “drain the swamp” and “take back” control and authority from Washington.  While a noble and necessary pursuit, the willingness of Republicans, and many Democrats, to overlook Trump’s sordid history of immorality, arrogance, and deceit was a mistake that cannot be undone.

Make no mistake, Donald Trump is a very intelligent individual.  He just uses lies and deceit, rather than actual negotiation skills, to succeed.

President Trump has, alternatively, proven himself a very crafty individual.  He has found a way to do for Republican voters what they condemned in his predecessor.  He already has sullied whatever credibility he thought he had by appointing and then firing his National Security Advisor, by avoiding any legitimate defense of the accusations of collusion with the Russians (why not just stand up and address the questions, rather than seek to deflect blame by throwing the same allegations at the likes of Clinton and Obama), by losing the support of countless other potential appointees and by having his Attorney General recuse himself from any investigation into Russia because of his misleading, dishonest testimony to Congress.  Rather than draining the swamp, he appears to be filling it even more with his own associates and traditional, establishment GOPers.

Donald Trump is not uniting the Republican Party.  He is placing the final nails in an already-dead national party.  His divisive actions will further create in our nation hatred and discord.

So, what is the point of this essay?  The purpose is to declare to the nation and to the world that the election of Donald Trump was a mistake.  Certainly, voters thought they were doing good, but really, they erred in their judgment of the man Donald Trump.  Many believed that God, Himself, placed Mr. Trump in office to save our nation from certain death.  While I believe that God does indeed watch over this, and other free nations, I do not believe God would have used a lying, dishonest, unkind, unethical, womanizing bully to save a nation from those exact traits found in others.

Is it too late to correct course?  Never.  We should never give up hope.  But we need to take corrective action.

The first step we should take is to recognize and realize that Donald Trump is not the person who should be sitting in the Oval Office, as the figurehead, spokesman and chief executive of our nation.

But, because he is there, the second step is to immediately put into check Trump’s actions, hold him accountable for his actions and stop rallying around him as though he is the only answer to our nation’s woes.

Third, we must remind our national legislators that their office was created in Article I of the Constitution for a very specific reason – to govern and manage the affairs of our nation as direct representatives of you and of me.  They must start governing and acting like our representatives!

Finally, the most important action we must take today is to remember that our nation’s strength lies within the walls of our own homes, with our families, in our communities, in our churches, in our schools, and in our hearts.  It does not lie in the heart of Washington, even though Trump, and Obama before him, and Bush before him, and Clinton before him, and so on, would tell you otherwise.

We need to start acting like this is our nation. 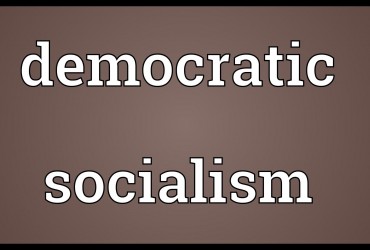 A few weeks back, we published an article here demonstrating that when Bernie Sanders …
Opinion
More