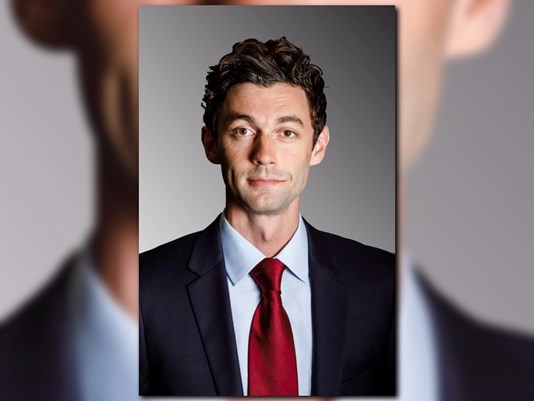 “Well, I grew up in this district.  I grew up in this community.  No one knew there was going to be an election coming.  I’ve been living with Alisha, my girlfriend of 12 years, down by Emory University where she’s a full-time medical student. And as soon as she concludes her medical training I’ll be ten minutes back up the street into the district where I grew up. But I want to support her and her career and do right by her.”

In a special election to fill the Congressional seat vacated by Tom Price when he was appointed to serve as Secretary of Health and Human Services, it turns out Democrat Jon Ossoff, does not even live in Georgia’s Sixth Congressional District, the district he seeks to represent.

Democrats nationwide hope that an Ossoff win will demonstrate the nation’s departure from support of President Trump. It is anticipated that Ossoff may win 40% of today’s vote while the remaining votes will be divided among the many other Republican and Independent candidates.  Without an outright majority (greater than 50%), a runoff election will be required.  A runoff election is likely.

Regardless who wins today, it is interesting to note that Jon Ossoff does not even reside in the Sixth District.  While the United States Constitution requires that an individual elected to serve as a Representative must be a resident of the state he/she seeks to represent, do voters really believe that Ossoff will truly represent them?  He claims to have lived in the district and plans to return once his girlfriend graduates from medical school, but would he truly be a representative of the people from whom he seeks votes?

Also interesting is his twice-stated canned answer and refusal to actually acknowledge that he cannot vote for himself because he does not live within the district.

Do Georgia voters really want someone who cannot be direct and honest with them as their representative to Congress?  Well, if they are Democrats, perhaps the answer is affirmative.

That is our problem in Washington.