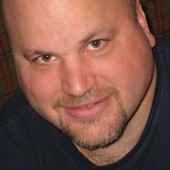 I’ve had an Amazon Echo (Alexa) in my house for quite a while.  One of …
Tech
More