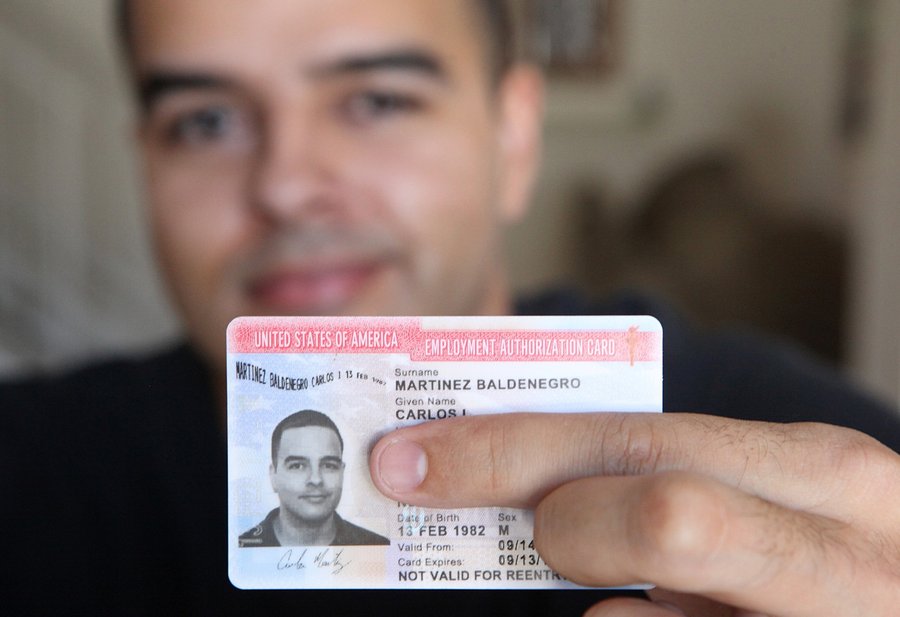 The Obama Adminstration, led of course by President Obama, may yet again take action to defy Congress and the federal courts, setting up what most certainly will be a fight to tilt the balance of governmental power in favor of the Executive Branch.

The Hill reports that the White House is looking for ways to circumvent Fifth Circuit Court of Appeals’ injunction prevening the Department of Homeland Security (“DHS”) to issue work permits (also known as “Employment Authorization Documents” or “EADs”) to millions of individuals illegally present in the United States.  Apparently, following the injunction issued last November, Obama immediately sought ways to continue his goal of providing EADs to millions of individuals unlawfully present in the U.S., who otherwise would have no legal authority to obtain those permissions.

In a leaked memo, DHS outlines various options in which the federal government may increase the number of EADs granted to illegally-present foreign citizens.

The first on the list actually proposes to grant EADs to each and every person illegally present in the United States.

Can you believe, in a time when official government reports claim the number of unemployed to be nearly 8 milliion (with unofficial, yet credible, estimates to be millions more), the White House would even consider granting work permits to millions upon millions more non-citizen/non-resident individuals?  And, on top of it all, do so in defiance of the Fifth Circuit, Congress and federal law?

Read the memo yourself here.  The other three options include the granting of EADs to fewer individuals, based on how they entered and when their visas or work permits expired.  But, regardless, any of the four outlined in this memo assert authority the White House does not possess.

The “bottom line” conclusion of the article referenced above is that:

The memo foreshadows more tactical offensives in a giant administrative amnesty for all 12 million illegal aliens who’ve broken our immigration laws (and many other laws) that will emerge before the next inaugural in January 2016. According to the authors, one negative factor for granting EADs to illegal aliens, visa-overstayers, etc., is that they’ll still “face difficulties in pursuing permanent residence due to ineligibility or being subject to unlawful presence inadmissibility for which a waiver is required.” This is in reference to the reality that an EAD isn’t a green card and that eventually the EAD-beneficiaries are supposed to apply to ‘adjust their status,’ which cannot be done without showing evidence of lawful status. But this might change, they write. The DHS “macro-level policy goal”, we’re told, is to assist individuals to stay “until they are ready and able to become immigrants.” This would seem to say that DHS, the largest federal law enforcement agency in the nation, is banking on awarding those who’ve broken our laws and violated our national sovereignty.

Final regulations are expected to be released for public review and comment around November 15, 2015.  Once released, we will see exactly what Obama proposes to do in response to the injunction issued one year prior.  Will he propose granting EADs to everyone illegally in the United States?  With an estimated 10-12 million such individuals, what will that do to the unemployment rate for actual U.S. citizens?

But, such inaction does not create in the White House any authority whatsoever to act on its own. Any such granting of EADs to individuals who illegally reside in the United States is unconstitutional, unlawful and just plain wrong.  For whom is Obama acting?  You, or foreign nationals who have skirted laws by illegally entering or living in the United States?

For whom is Obama acting?  You, or foreign nationals who have skirted laws by illegally entering or living in the United States?

What do you think?  What will you do to prevent further issuance of document to the “undocumented?”  Or, is it in within the authority of the White House to take such action?