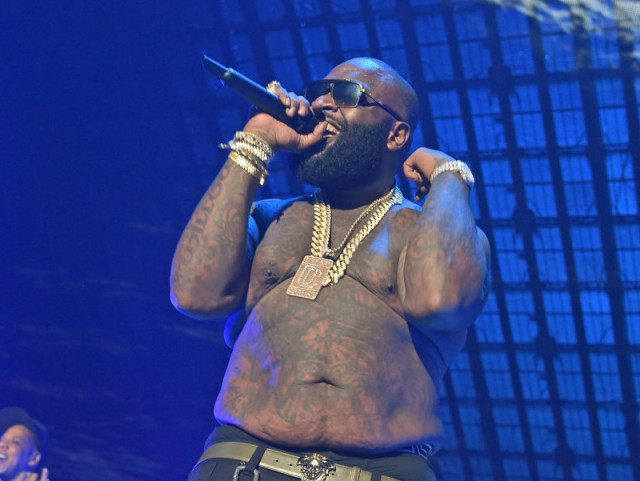 MBK – My Brother’s Keeper, or Kidnapper?

“That’s what ‘My Brother’s Keeper’ is all about. Helping more of our young people stay on track. Providing the support they need to think more broadly about their future. Building on what works – when it works, in those critical life-changing moments.”
– President Barack Obama, February 27, 2014

A presidential initiative intended, in part, to ensure that “[a]ll youth and young adults should be safe from violent crime . . .” seems to have drifted WAY off course.

As reported yesterday on www.breitbart.com, President Obama invited a slew of hip-hop and rap stars, including Niki Minaj, Alicia Keys, Common, Busta Rhymes, Janelle Monae, Ludacris, Chance the Rapper, Pusha T and DJ Khaled, to an unannounced private party at the White House last Friday.  At the party, Obama spoke in his ever-so-eloquent manner about the benefits of the “My Brother’s Keeper” initiative.

Also in attendance was Rapper Rick Ross.  Ross, who calls himself the “Hood Billionaire,” was in the news last year when, as reported by Breitbart:

Ross was arrested in June 2015 on kidnapping, aggravated assault and aggravated battery charges after allegedly pistol-whipping a man who had been doing repair work on his house. The kidnapping charge was added after it was alleged that the man was physically prevented from leaving Ross’ house.

While awaiting trial, Ross is required, as part of his conditions of release, to wear a GPS ankle monitor.  This is a typical requirement meant to monitor the location of those out on bond, awaiting trial.

What was President Obama thinking?  Certainly Rapper Ross, alleged kidnapper, is “innocent until proven guilty” but why, oh, why would Obama think that inviting this individual (who’s defense attorney does not claim the allegations did not occur, but that they were taken in self-defense) to the White House was appropriate?

If the stated purpose of the “My Brother’s Keeper” initiative is to provide opportunities for minority children to succeed and excel, why bring Ross and other artists who so often glorify and exemplify violence against women, children, police officers as part of the promotion?

We are not objecting here to the President’s initiative.  “My Brother’s Keeper” appears to be a valiant effort to provide opportunities for “boys and young men of color to reach their full potential.”  We applaud this effort and pray it succeeds.  That said, it appears that either the President or his advisers are terribly misled as to the direction this program should head.

We love music, rhythm and beats, but detest and deplore violent poetry masquerading as music.  And we deplore those who assault, batter and kidnap others!

It would go far for Mr. President to disassociate himself from this type of trash and those associated with it.

What can you do?  What’s our call to action?

Call or write the White House and let President Obama know that while you may approve of his efforts via this initiative, you respectfully request that he not promote his programs with “Hood Billionaires” who are required by law to wear ankle monitors.

That is not the type of jewelry we want our children to grow up wanting to wear!

Better yet, have your son or daughter call.  Let’s show the White House how really to empower children!

Here’s the address and phone number: