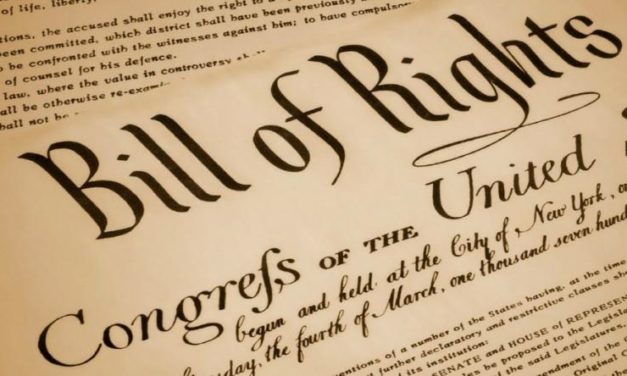 The Overthrow of the Constitution

Forget COVID-19. Just for a moment.

Last weekend the United States commemorated the ratification of the U.S. Constitution, written to form an unbreakable union and a common bond between new states seeking to come together in the aftermath of the Revolutionary War and the weak Articles of Confederation. Its unique purpose promised to “form a more perfect union, establish justice, insure domestic tranquility, provide for the common defence, promote the general welfare, and secure the blessings of liberty.”

Most intelligent and knowing people recognize the Constitution has fulfilled its promised and predicted purposes for more than two centuries.

Unsurprisingly, many detractors, including President Joe Biden, consider the Constitution to be antiquated and outdated. In order to further this misconception (and perhaps, lie) President Biden and his administration labor tirelessly to dismantle and destroy the Constitution. Using pretenses such as vaccines, masks, infrastructure, climate change, terrorism, immigration, race relations, and taxation, Biden, et al seek to undercut our nation’s founding document and stir discord between the states and citizens that created it.

Please remember the Constitution was written to govern and restrain the federal government and protect the God-given and natural rights and freedoms of states and citizens forever, not the reverse.

In his recent COVID-19 address to the nation, President Biden outlined various steps his administration intends to take to “fight” COVID-19 through sweeping mandates and measures directed solely at forcing obedience and acquiescence to the all-powerful executive branch of the federal government. Employing various federal agencies like OSHA, the Department of Health and Human Services, the Department of Education, and even the Department of Defense, Biden made clear he seeks to be the nation’s premier ruler (completely bypassing Congress) and enforce his edicts through legal channels and fines.

Joe Biden believes he knows best what you and I need. Does he really, though?

In his speech, the president made statements so outrageous and preposterous, one would think he was narrating a dystopian novel about complete government control of society.

Setting aside the pretenses for his speech, consider the following statements and whether any president, or anyone from any branch of government should make such demands and threats. Imagine the national outrage had President Trump uttered the same words.

Benjamin Franklin famously declared, “Those who would give up essential liberty to purchase a little temporary safety, deserve neither liberty nor safety.”

These words apply directly to our situation today and President Biden recklessly throws them to the wind, promising neither safety nor liberty but, rather, forced compliance with unproven methods and treatments.

“Let me be blunt. My plan also takes on elected officials in states that are undermining you and these lifesaving actions.”

“If they will not help, if those governors won’t help us beat the pandemic, I’ll use my power as president to get them out of the way. The Department of Education has already begun to take legal action against states undermining protection that local school officials have ordered.“

Who is Biden to claim that state governments are undermining anything when Washington has no idea what is up and how to control the current viral spread, the fragile economic conditions and even the tenuous state of our nation in general?

The Constitution (remember, the document and governing law Biden refuses to respect) states very firmly that the powers not delegated to the federal government remain with the states and the people. Nothing therein, anywhere found, grants the federal government power to assume control of anything just because it thinks “father knows best.”

The 10th Amendment, in its complete and full protective entirety:

The powers not delegated to the United States by the Constitution, nor prohibited by it to the States, are reserved to the States respectively, or to the people.

Who does Biden think he is, demanding more power than allowed? His actions are truly and completely unconstitutional, although even Congress and the judiciary refuse to acknowledge this unprecedented and illegal assumption of control.

Governors are allowed to run their own states without interference by outside influences and influencers. Who is to say that governors who are not marching lock step with the president are not trying to beat the pandemic in their own, educated way?

A full and complete destruction of the Constitution is what Biden and his cronies seek, supported by the Democrats and many Republicans in Congress as well as some on even the Supreme Court.

The creature has become greater than the creator.

Oh, and as an aside, since when has the Department of Education become an enforcer of medical mandates? It has absolutely no foundational purpose related to enforcing health measures whatsoever, especially unproven health measures.

“We’ve been patient, but our patience is wearing thin.“

Patient? Really? No further words are necessary – just ponder this statement on your own.

The nine most terrifying words in the English language are: “I’m from the government and I’m here to help.”

We have reached that point friends. The government needs to step aside and let us alone and stop offering help. We (with the exception of most progressives and liberals) are most capable of making informed, proper decisions. We do not need the government to help.

This “help” is destroying the Constitution and our nation.

Get out of the way!

It is time to tame the creature.

Read the Constitution and get to work.